The Women in Business Expo is an award-winning event providing UK women with the tools, ideas and inspiration to advance their careers, launch new businesses, support their existing businesses, or start a new lifestyle through franchise opportunities.

Moving online in 2020 and becoming Women in Business Expo Virtual, the event faced the challenge of effectively conveying its value to UK business women from different walks of life.

As with pretty much all events, the primary challenge was generating registrations. This was further complicated for Women in Business Expo by a number of expected factors: the value of virtual events was still largely unproven, attendance was no longer free, and there was increased competition from other online events.

The Women in Business Expo team had ensured that the event would offer immense value to attendees despite losing the in-person aspect of the event. But how could this be effectively conveyed to a sceptical audience?

Based on our previous experience marketing events, both in-person and virtual, we knew that a good starting point was to divide our marketing efforts into persona-based campaigns. This would allow us to tailor the benefits of attending the event to each type of attendee. The Women in Business Expo team had already mapped out four clearly defined personas using data from the previous year’s attendee survey. This gave us a good place to start.

We reviewed the Women in Business Expo Virtual website and decided that it was far too general to speak to individual personas. There were also too many barriers to registration the we felt would reduce the number of attendee registrations. While there was a page called ‘who will visit’, it was several clicks deep and not optimised for registration. To bypass the usual bureaucracy that accompanies event website development, we decided to set up external landing pages – one for each persona. These pages would then link through to the registration portal. The number of personas was later expanded to include a fifth as a high number of ‘career professionals’ indicated that they were in the tech industry when registering their interest in attending.

Because time was of the essence, we crafted our first versions of the persona-based landing pages using information provided by the expo team and some of our own assumptions. Once the pages were live, we set out to optimise them and improve the click through rate. We subscribe to the LIFT model of conversion rate optimisation, which focuses on 6 conversion factors: value proposition, relevance, clarity, urgency, anxiety and distraction.

To increase clarity and reduce distraction, we added 8 calls-to-action on each page, which is a stark contrast to the average of 2 found on most landing pages

Because value proposition, relevance and anxiety hinge on complete understanding of attendees, we sent out a survey to the previous year’s attendees as well as people who had registered their interest in attending this year’s event. The main purpose of the survey was to identify any anxieties and hesitations that would cause people not to attend. Below are the questions that we asked: 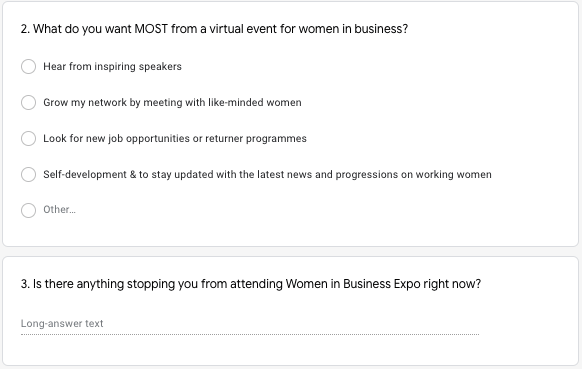 The two main anxieties and how we resolved them were:

We also used HotJar’s scroll and click maps to understand which info / copy should be moved higher on the page. This led us to put testimonials nearer to calls-to-action to give potential attendees a sense that they are making a good decision by registering and give them that final nudge to click through to the registration platform.

Heat mapping and analytics to improve the user experience on our landing pages to increase the number of click throughs to register. 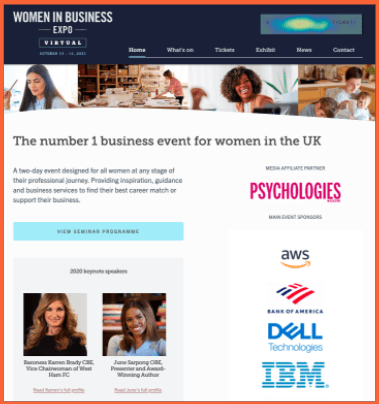 Given a greater amount of time, we would have continued testing and optimising the landing pages to improve click through rates even further.

The community has proven to be a success, with 1167 new members recruited over the 6 month period. Not only that, but we were able to generate an engagement rate of 23% with 272 unique member interactions.

Get in touch with us today.